Lest Satan should get an advantage of us: for we are not ignorant of his devices (2 Cor. 2:11)

Satan is a defeated foe, so he uses 'devices' to deceive the saints. He has forfeited his entire armaments on the cross. Christ openly exposed and spoiled principalities and powers of darkness and triumphed over them on the cross (Col.2:15; Mat.12:29). Satan is the most shameless person. We read about his dismal defeat before the Lord during forty days of temptation. In spite of utter defeat Satan withdrew from Christ only for a season (Luke 4:13). He never admits his defeat.

Pharaoh used five tricks to keep Israel under his slavery and it is popularly known as 'Pharaoh's Panchathantra'. Similarly, Satan also uses five tricks or devices to keep human souls under him.

Like Pharaoh of old, Satan always loves to keep human souls under his slavery. Many of the celebrities, especially of the music and cine world are pawns in his hands. He uses them according to his vibes and fancies and finally destroys them. Many of them are influenced by 'spirit world'. Classical example is pop star Michael Jackson. As believers we should not be ignorant of devil's devices. Word of God describes various schemes and tactics of Satan. In the Garden of Eden, he came very quietly as a snake to deceive our first parents. He comes like birds to take way the seed sown in our heart. He even comes in the form of an angel of light to seduce and infiltrate the churches. Sometimes he comes as a roaring lion to devour us. Like a hunter he keeps snares to trap us. He is very cunning and crafty.

1. Worship in the land (Exodus 8:25,26).
He did want Israelites to remain in the land and conduct their sacrifice and Worship. He does not want worshiper to consecrate, sanctify or escape the bonds of Egypt. Satan makes people to fail to distinguish between true worship and false worship. Satan will blind our eyes not to see the truth. 2 Cor.4:4
For example, Samaritan lady was blind to understand the true worship. Lord had to teach her the true worship that is worshipping in Spirit and truth.
Look at the history of Samaritans; they mingled with heathen worship
1 Kings 16:23-25; 2 Kings 17:6-4. Cain failed to understand true worship.

2. Should not go far (Exodus 8:28)
This is the second trick. He does not want separation; not to go out of Egypt for three days journey. If we truly want to worship God, we need to identify with death, burial and resurrection of Christ. We have to leave worldliness behind and take our cross. Only such one can worship in Spirit and truth. Do not go far away, stay in Egypt is Satan's advice. Satan will suggest to have the benefit of both the worlds. Many are like the Sunday school child who desired to live like the rich man in this world and like Lazarus in paradise. It is the deception of Satan (1 Tim.2:14).

In Pergamum Church, there were men who held on to the doctrine of Balaam (Rev.2:14; Num.25:1-2). Church in Pergamum fell into devil's deception and compromised with the world. They did not give importance to separation. So, Satan could establish his throne there.

3. Only men should go and worship (Exodus 10:11)
Lord expects us to worship and serve Him as a Family. Joshua said, 'Me and my household we will serve the Lord”. If men had gone alone to worship, they would not have been able to concentrate in worship in the absence of their families. Satan may corrupt the mind 2 Cor.11:3. Worship is a place where relationship is of paramount importance. You come as family and brothers and sisters into the presence of the Lord. We can't leave our families behind.

4. Go to worship by leaving your cattle (Exodus 10:24)
“Go Ye serve the LORD; only let your flocks and your herds be stayed”
Where your treasure is there will your heart be also Luke12:34. Satan knew this fact very well. But Moses determined not to leave anything behind, even a hoof (Exo. 10:26).
We should serve the Lord with our substance. We should not amass wealth for ourselves but we should have everything for the Lord. Wise men gave their gifts to the Lord. The Elders in Rev.4. cast their best before the Lord and worshipped Him.

5. Pharaoh let them go but followed them to devour (Exodus 12:31,32;14:8)
Satan moves around like a roaring lion so as to devour (1 Pet.5:8). Normally lion never devours its prey but Satan is a defeated foe, all his teeth has gone. Our Lord bruised him on the cross. He cannot tear the prey and eat, so he devours.

There are times to think that you are surrounded by enemy's army. But may our Spiritual eyes be opened to see that we are actually surrounded by God's army. We get victory over Satan by the blood of the Lamb and by the word of testimony. Rev.12:11. Through Christ we are more than conquerors. 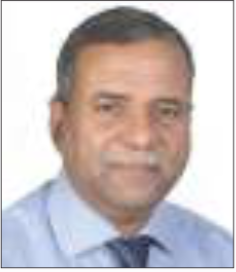 Tags: Devil's Devices, GLS, Harvest Times for your family, Koshy Mathew
LIVE YOUR FAITH; SHARE YOUR LIFE
Set your mind on things above