Epaphroditus: A Man for Christ’s sake was nigh unto death

One distinction between the Bible and other 'holy' books is that it mentions so many people. The Bible is the ancient book having the largest number of names of people. This is fitting since the Bible is the story of God's work with the human race. God's work in the world necessarily involves people of all kinds. Not all characters mentioned in the Bible are described in equal detail – Epaphroditus belongs to the category of people about whom a little is written, yet amounting to much. He was a citizen of Philippi and is different from another person with the shortened form of his name, Epaphras of Colossae.

In our scriptures, Epaphroditus appears only in Paul's epistle to the church at Philippi (Philippians 2:25-30). Paul rejoiced in the good relationship he had with the disciples there. He brought the gospel to them and was God's instrument to bring some of them to faith in Christ and to nurture them in the faith. On their part, they were highly receptive to his teaching and demonstrated their love and concern for him. In 60-62 AD, when he was under house arrest in Rome, having to pay rent but with limited earning capacity, this church felt burdened to send Paul a financial gift; the delivery man they chose was Epaphroditus.

It is instructive to examine the terms Paul used to describe Epaphroditus in verse 25:

My brother: Before he became a disciple of Christ, Paul was a self-righteous Jew, learned in the Old Testament, who regarded Gentiles as dogs. Epaphroditus, on the other hand, is named after Aphrodite, the Greek goddess of “love” (i.e. lust) and prostitution, revealing the depraved, pagan background from which he came. One can hardly imagine two people so different, and yet becoming brothers. How? By the redemptive work of Christ, which reaches out to people of all cultures. Are we acquiring brothers and sisters from different backgrounds, or are our churches getting reduced to a social club of old friends and biological relatives?
Servant to my needs: Epaphroditus was happy to help Paul with the running of his house – cooking, cleaning, running errands, etc.
Coworker: What work was Paul doing when he was under house arrest? He wrote four epistles. He also entertained many visitors who came visiting to hear from him concerning the Lord Jesus (Acts 28:30-31). No doubt Paul needed some assistance with his letters, in entertaining his guests, and in preaching the gospel to them, and Epaphroditus was helping
with all this. One can almost imagine hard-nosed followers of Judaism listening skeptically as Paul tells them that the God of Abraham, Isaac and Israel is now saving people of all nations directly, and then Paul, pointing to Epaphroditus and saying, “And here is an example right before us” and then Epaphroditus narrating his testimony and surprising Paul's Jewish guests with his understanding of God's ways. God is working and He made humans also to work. Much work in today's sinful world is plagued with politics, lack of real value, etc. but work in the kingdom of God is of genuine value, and when done together is sweet.
Fellow Soldier: Paul was fully aware that when good and evil meet, there will be conflict. He could see his own flesh, the unbelieving Jews, pagan Rome, and beyond them, the forces of darkness that are pulling the strings. Anyone who wants to preach the gospel and live a pure life that honors God must be a soldier. A true soldier can recognize another true soldier, and Paul recognized Epaphroditus. Together, they fought the forces of darkness.

Let us also understand what happened during Epaphroditus' stay with Paul (verses 26 and 27).

He worked hard: Epaphroditus could perceive the greatness of what God was doing in Paul's house, and being reminded of God's work in his own life, fully gave himself to the work. Even after he got sick, he still tried to continue working and became serious. In him we see the Lord's words being fulfilled: “If anyone comes to me, and does not hate his
father, mother…yeah, and his own life also, he cannot be my disciple” (Luke 14:26). There was also some service left that the Philippians had promised Paul; Epaphroditus made it a point to complete it (verse 30).
He became concerned: Epaphroditus did not want his home church to feel bad or regret for having sent him to Rome, when they heard about his sickness and so he intensely desired to see them. God had more work for Epaphroditus to do, and so God healed him.

Paul then gives instructions about Epaphroditus:

He will carry Paul's epistle on his way back to Philippi: Epaphroditus reaching his home church again would be a relief for Paul. Epaphroditus thus became the messenger of the great epistle of joy. Today, this epistle is read and cherished by people all over the world, but Epaphroditus must have been one of the first to read it.

Receive him joyfully: Since Philippi was a Roman colony in Greece, the church there must have had Roman believers and they all might have been aware of their Greek brother regarding his trip to Rome, more than one thousand kilometers away from Philippi. They and the others would be happy to have him back again and know how he fared. There is joy in fellowship, and there is also joy in mission accomplishment. Paul was informing them that their objectives in sending Epaphroditus were fully accomplished, and so they should rejoice.
Respect people like him: Considering the job given to Epaphroditus, he was most likely not of high social standing. Paul presents a principle here: people who demonstrate great love for Christ by serving him assiduously and even risking their own lives should be honoured irrespective of their socioeconomic standing. This then, was Epaphroditus, a faithful delivery man, and ardent worker for Christ. May he be an inspiration and challenge to us as we serve God. 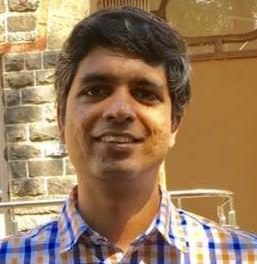