Among the several 'faithful men' whom Paul trained, and those to whom he committed (2 Tim.2:2) evangelistic and church planting responsibilities, Titus stands out distinctly. Without him, the inspired New Testament History would be incomplete. This is because no one else took up several mission tasks that demanded earnest care and diligence (2 Cor.8:16), boldness, and a readiness to suffer. His character, marked by integrity, discretion, and a glowing zeal, stands true to the meaning of his name -'honorable', and he is thus remembered in the annals of church history.

Unlike Timothy, Titus' ancestry is unknown. But that he embraced the Christian faith from a Hellenistic background, through Paul's ministry, is evident from the usage 'mine own son after the common faith' (Titus 1:4), an ascription similar to the one given to Timothy in 1 Tim.1:2. Titus possibly came to the faith by the teaching and preaching ministry of Paul and Barnabas, at the Assembly in Antioch (Acts 12:25) prior to their first missionary journey (Acts 13:1&2). When they returned to Antioch after the first journey, a Jewish Christian sect was imposing circumcision on Gentile converts (Acts 15:1). Thus, in A.D.50, to deal with this issue, the historic 'Jerusalem Council' was held and that Titus was among the “certain other of them” (Acts 15:2) is positive when we read Gal.2:1.

The circumcision of Gentile converts was the agenda at the Jerusalem council, and Titus must have witnessed the uncompromising position Paul took, knowing that his stand was based on the divine 'revelation' (Gal.2:2) from the Lord. Subsequently, Titus must have also witnessed 'the agree to disagree' attitude that Paul displayed at Antioch when he stood face to face against the Great Apostle Peter's compromising attitude against established doctrine in order to please those of the circumcision (Gal. 2:11-14). It is probably such experiences with Paul that fashioned the character of Titus and gave him the boldness to deal with the problems they would face in Corinth and also to stop the mouths of 'many unruly and vain talkers and deceivers, specially they of the circumcision' (Titus 1: 10,11) at Crete.

The second reference we read about Titus is in 2 Cor. 2:13 - “I found not Titus my brother”. Titus who had been referred to as 'my

own son (Titus 1:4), is now addressed by Paul as 'my brother'. Paul acknowledged their equal standing before God; a model attitude that elderly brethren should demonstrate to younger brothers in Christ, by providing them opportunities to develop their spiritual gifts (2 Tim 1:6). Paul encouraged and trained Titus to grow from the level of a spiritually begotten 'son' to that of a 'partner' and 'fellow helper' (2 Cor. 8:23). An ideal Christian leader must inspire, encourage, and train faithful men step by step. They should count them as sons and brother and create opportunities for them to serve as partners and fellow helpers, so that they willingly take initiatives in mission tasks, just as Titus did (2 Cor. 8:17).

The time period of the Corinthian passage is AD.55, almost six years since the Jerusalem council. By this time, Paul was through with his second missionary journey and had already begun the third. One of the fruits of the first missionary journey was the church at Corinth (Acts 18:11), where Paul ministered for 18 months (Acts 18:11). Subsequently, during the third missionary journey, he spent 36 months at Ephesus. While at Ephesus, disturbing news from Corinth reached Paul. It was so agonizing to him, that he sent a letter as indicated in 1 Cor. 5:9. Since this letter is not extant, it is the opinion of the 'Corinthian' scholarship, that inspired portions of the document appeared as 1 Corinthians 6:14 to 20. This is inferred from the thematic similarity between 1 Cor.5:9 & 6:14 to 20. Seemingly, this epistle aroused several doubts among the Corinthians, in that they responded through a series of queries sent through Stephanas, Fortunatus and Achaicus. (1 Cor. 16:15, 17). Also, Paul learned of the divisions formed in the Corinthian Assembly through the house of Chloe (1 Cor. 1:11). Thus, he penned down 1st Corinthians and sent it through Timothy, whose mission was to bring about a change through teaching (1 Cor.4:17). But the 'puffing up' of certain people in the Church (1 Cor.4:18), who became a stumbling block to the teaching of the word and Timothy's timid nature (1 Cor.16:10) made his mission unsuccessful.

Thus, Paul made a second visit to Corinth, while staying at Ephesus, as seen in 2 Cor.13:2 (note 'second time') and 2 Cor.12:14 (note 'third time' means there was a prior visit as referred to in 13:2.) It was a painful visit (2Cor. 2:1), in that he had to strongly rebuke and reprove. The response was still negative, and so he returned to Ephesus. He then sent another letter through Titus (2 Cor.7:13). It is this 'tearful' or 'severe' letter that Paul refers to in 2 Cor. 2:3-4 and 7:8-12. Though thought to be not extant, it is the opinion of several scholars of 'corinthianology', that the letter appears as chapters 10 to 13 of what we received in the NT as Second Corinthians. This is inferred from the thematic similarity and incompatible flow from the preceding portions.

Titus' task to Corinth was much more than just delivering a letter from Paul. During his association with the church, he successfully led them to a spiritual revolution as recorded in 2 Cor 7: 13, 14. He boldly spoke about 'the things which become sound doctrine (Titus 2:1)' and 'spoke, exhorted and rebuked with all authority' (Titus 2:15). Thus, where Timothy was unsuccessful, Titus, through his life and ministry, brought a change among the Corinthian `

Paul, anxious to learn of the Corinthian response to Titus' visit, ended his 36 months of stay at Ephesus. He proceeded to Troas on a preaching trip, where he expected to meet Titus (2 Cor.2:12). But to his disappointment Titus did not turn up. Paul, without 'rest in spirit' (2:13), travelled on to Philippi (the 1st European City he visited during his 1st missionary journey) in northern Macedonia. Titus too travelled northward from Corinth to Philippi and met Paul. Oh! What a wonderful meeting that brought inexplicable emotional comfort and joy! Paul penned “God ... comforted us by the coming of Titus (2 Cor. 7:6), “... so that I rejoiced the more” (2 Cor.7:7). They shared this mutual joy because of the repentance and spiritual restoration of the Corinthian believers (2 Cor.7:9-16) who once were full of divisions, carnality and immorality.

Let's pose a question here. What was it about Titus that brought such a change in Corinth? Was it just his bold personality, his knowledge, or his authority? It was the 'inward compassion' (Gk. splagchana) (2 Cor.7:15) that he demonstrated to the Corinthian believers, despite their disobedient, carnal, and negative responses. This is the same inward compassion that Jesus

demonstrated to the masses recorded in Matt.9:36; 14:14; 15:32, 18:27, the very same divine quality that every Christian leader should inculcate in their own lives, and then exercise it to bring spiritual change among people.

Paul's overwhelming joy was expressed through his writing another epistle of reconciliation, that is 2nd Corinthians 1 to 9 and it was sent through Titus and two other unnamed faithful men (2nd Cor.8:18 & 8:20). In addition to conveying the message of the epistle, that is now part of the New Testament canon, their purpose was also to initiate the 'fellowship of the ministering to the saints' (of Judea) (2 Cor.8:4). Titus had won the confidence of Paul and other fellow-saints by being entrusted with the leadership of the fund collection task (2 Cor.8:6) because of the honesty he had displayed before God and men (2 Cor.8:21). Is this not a wonderful lesson to be instilled by all those who handle money and material in the Lord's work?

The spiritual traits that marked Titus are recorded in 2nd Corinthians 8: 16-24.He was 'inherently diligent' (vs. 16, 17). The components of “diligence” are watchful interest, and earnestness. This is one among the many spiritual virtues that every Christian is expected to own, as Peter exhorted in 2 Peter 1:7. His keenness and initiative in the Lord's ministry was highlighted in verse 17 ('own accord'), a quality that even the Macedonian believers demonstrated in giving. Paul had complete assurance that the team headed by Titus was blameless (V.20) when handling funds. Being blameless was one of the leadership prerequisites found in 1 Tim.3:1. Exceeding everything else, they were the 'glory of Christ' (v.23). This was the ultimate purpose of their whole mission (v.19).

The island of Crete is situated 488 miles straight west to Cyprus in the Mediterranean Sea, south of Aegean Sea. The assembly may have been established in the island through the efforts of the returning Jewish converts on the Day of Pentecost (Acts 2: 11). Paul, while in Roman custody, had a transit visit to the island during his voyage to Rome (Acts 27: 7, 8). We're uncertain as to how much freedom Paul had to freely meet the Christian disciples during this unplanned visit. But he must have resolved to return to the island to plant new Assemblies and teach in the already existing ones in the various 'cities' (Titus 1:5) of the island. His desire was accomplished between the first and second imprisonment by Rome. Undoubtedly Titus was with him at Crete (Titus 1:5) as Paul counted no one else worthy other than Titus, 'to set in order the things that were wanting' just as he did earlier in Corinth. Tradition says that Titus had ethnic connections with the clan of Minos in Crete, and if this is accurate, his cultural compatability would have aided him in clearly speaking and 'rebuking them sharply' so that they would be sound in the faith (Titus 1:12, 13).

In AD.67, during his second imprisonment at Rome, Paul wrote 2nd epistle to Timothy just before he was beheaded. With a melancholic heart, he penned, “for Demas hath forsaken me .... Titus (is departed) unto Dalmatia (2nd Tim 4:10). While Demas chose to be unfaithful and covetous, Titus, the faithful servant, was still continuing in his relentless mission, now in Dalmatia. Dalmatia is situated in the Illyricum region. It is to the east of the Adriatic Sea, to the north of Epirus, and the west of Macedonia (Rom 15:9). It was part of former Yugoslavia, a sub- region, now in the south of Croatia. Although details of Titus' work at Dalmatia are unavailable, it must have been similar to his Cretan mission, where he completed the ministries that Paul began.

Tradition states that he labored for many years in Crete and died there at an advanced age. After living a very fruitful life for the Lord, Titus too, like his mentor, Paul, could claim, “I have fought a good fight, I have finished my course, I have kept the faith: Henceforth there is laid up for me a crown of righteousness, which the Lord, the righteous judge, shall give me at that day: and not to me only but unto all them also that love his appearing” (2 Tim.4:8, 9).

How well we live for the Lord is far more important than how long we live! 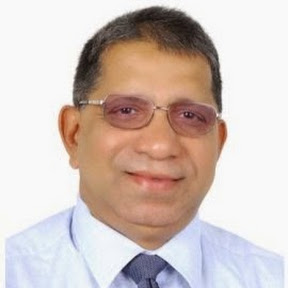 Rajan Thomas is a Bible teacher and a conference speaker. He lives in Bahrain.

Tags: GLS, Harvest Times for your family, Rajan Thomas, Titus
Archippus – The Man and His Name
Barnabas: A Good Man