Archippus – The Man and His Name

Archippus - His name is mentioned only twice in the Bible -in Col4:17 and in Philemon vs2. The meaning of his name ('arc & hippos') is quite interesting. We know archangel means chief angel. In Greek 'archie' means chief and 'hippos' means horse. So Archippus means chief of horse. We also know about hippopotamus; it's a river horse. So, Archippus, the chief of horse by name is addressed in Philemon (vs 2) as fellow soldier. Paul could see horse like strength and vigour, stamina and courage in this young man; Archippus was man befitting his name. A horse is known to possess these characteris- tics. Jehovah Himself speaks about a horse's uniqueness. Job 39:19-25.

Significance of his name

So, Paul calls Archippus, the chief of horse and ruler of horses by name as fellow soldier. It's a privilege for Archippus to have been a fellow soldier along with Paul. How could Archippus ever have forgotten such simple yet profound word “fellow soldier” attributed to him by a great Apostle of Lord.

It also shows the great trust Paul had in Archippus. In Defence settings, usage of fellow soldier would mean, friend or “buddy be my shield” or “cover my back” etc.

Uriah is a perfect example. He had an opportunity to relax at home and be with his beloved wife, but his heart was with the Ark of God in the battle field and his buddies. 2 Samuel 11:11

Fellow soldier's failure also can be seen in 2Sam11. Uriah a soldier trusted his buddies, he never doubted them. But under the guidance of task master Joab, his fellow soldiers exposed his back and so, many shining swords of the enemy pierced through his strong muscular body. Probably Uriah, was primarily concerned about safety of his buddies but he saw none around and realised that his buddies have deserted him and further little did he know that his his great king David too had left him. Uriah's pain and condition were however insignificant com- pared to the pain and the agony our Saviour underwent in our stead. Remember the Lord told His Disciples you are my friends (My Buddies) but He also told later, “you all will leave Me alone”, We also see the Psalmist in 69:20 saying “I looked for someone to take pity, but there was none.” At the cross we also see the Lord shouting with a loud cry “My God My God why hast thou forsaken Me”

Application of his name

Christian life is a battlefield, where the enemies are powers of darkness in the disguise of men. The servants of the Lord have even more intense battle in their ministry. Are you a faithful fellow soldier who would not step back from praying and in upholding them? When is the last time you enquired about the needs of an evangelist? How could one enjoy the delicacies of life without remembering those struggling in the ministry field?, Do you just greet him when he comes at your door step, or do you knock at his door step or give a call to let him know- 'brother we are committed to pray and support you'. Samuel says in 1Sam12:23- I cannot sin by ceasing to pray for you. Paul writes in

The man and his family.

It's widely accepted among the scholars that Archippus was Philemon's son and Apphia Philemon's wife. The repeated pronoun “our “ in vs1-2 makes it clear.

It's worth noticing how Paul uses words like fellow labourer, beloved and fellow soldier and how such words influence each person and give an elevated picture of the recipients.

I still remember the moment when a believer greeted me saying, “who is this saint coming in the name of the Lord.”

So, the whole family of young Archippus enjoyed his privilege to be friend, fellow labourer, beloved and fellow soldier with Paul.

What is our perspective of fellow brethren. Now Paul reminds Archippus that his ministry was “received in the Lord” Col 4:17

Archippus not only, just did what the family did or believed, but he had a very deep personal relation- ship with living God and received a ministry from the Lord HIMSELF.

The source of his ministry

Paul rightly reminds that Archippus received his ministry from the Lord, as Paul had his own. Archippus was not continuing on a family business, but he was commissioned from the blessed Saviour.

It's great comfort to know specially when ministry doesn't show expected fruit, to recall that, my Lord has called me and I have not come by my own self. Lord Jesus Christ Himself repeatedly said I have been sent. He also told the greatest difference between Him and all others who came or will come; they come in their own names. John 5:43

The style of his ministry

Many prefer to suggest that as Archippus was not consistent in his ministry, Paul writes in Col4:17, to convey to Archippus that he should fulfill his ministry, as if suggesting that he was lagging and absent from his post.

One major reason to refute such negative thoughts about Archippus is, that the letters to Ephesians and Colossians and Philemon were written and sent together and these three letters were carried by one person called Tychicus. This can be easily understood from Ep6:21 and Col 4:7-9.

So, the conclusion is Paul cannot say simultaneously that you are a fellow soldier and also inconsistent.

The search in his ministry

By reading epistle to the Colossians in one sitting, it would become clear that Paul's concern was primarily centered on Christ.

So, in Colossians first chapter, Paul dives deep into the truths on Christ then in second chapter, brings the truths about the cults and in third chapter, truths about the Christian. The letter gives a proper picture of the needs of the church in Colosse and that gives Archippus the area where he need to fulfil his ministry. Fill it with Christ, remove the cultic influences and then again fill it to the brim. That's exactly the literal meaning of the usage fulfil or in other words “fill it to the full”.

Paul who never visited or minis- tered in Colosse, understood the state and need of the believers through Epaphras who turned out to be not just a faithful minister but one who was focused on ministering Christ. Colossians 1:7 who is a faithful minister of Christ on your behalf ...”

The prayer of Epaphras in this verse once again helps us to understand what Paul meant when he says, “fulfil your ministry”, Epaphras wanted exactly what Paul prayed for the Colossians, his prayer was in the same direction and both of them wanted Archippus to fill his ministry to full, where Christ may have all the preeminence.

Paul uses the word fulfil for his own ministry in Col 1:25, then in vs 26 he says it is to teach the mystery revealed to the saints, in vs 27 he says that mystery is Glorious Christ in you.

Therefore, Paul would say I preach Christ crucified as if I know nothing, so that all glory may be His.

About the ministry of the Holy Spirit also we get the same direction.

Thus, Holy Spirit, Epaphras and Paul- all were fulfilling their minis- try in a unique direction and they wanted Archippus also to rightly comply.

Even today ministers are plenty but how many make sure, that believers develop a specific love and passion for the person of Christ?

The epistle to the Colosse fully focuses in this direction, and in Chapter 2 he gives them five warn- ings to show if Satan would deprive or deceive or defeat them, it would primarily be by snatching their hearts from Christ and His glorious person.

How good it would be, if one could understand the importance of not only running, but running right, as Col2:19 says, they did not hold the head but boasted on the shades and the shadow. Paul puts the same idea in Gal5:7 “you did run well; who hindered you that ye should not obey the truth”

Paul also states that a soldier should please the One who recruited and appointed him. It's a great privilege to be called by the Lord but it's also a great responsibility to know the pivotal points of faithfulness, the heart of the Lord. That was David's uniqueness. “Man of God's own heart”. Let not any of us loose the focus from ministering Christ.

That was the mistake of Vasthi the first queen in the days of Ahasuerus, she only thought of her beauty, she never thought her beauty was the glory of her Husband and winning his heart should have been her goal. What good it would do, by losing the king and giving all the feminist explanation for the mistake.

Peter is a good example of focusing on the Lord. When many disciples left the Lord, Peter rightly said in John 6:68 “Lord, to whom shall we go? You have the words of eternal life.

The shallowness of today's ministry

It's sad that today many hard working ministers who successfully bring many to the knowledge of salvation, ignore the need of bringing the same persons into a deep knowledge and relationship to the person of the Lord.

Paul had this burden in all his epistles, which he equates with labour pain, Gal4:19 My little children, for whom I labor in birth again until Christ is formed in you.

That's where Archippus need to take heed, and that's where the ministry had to be filled in full.

So, let's have both quantity and quality, but if I have to keep only one out of these, let it then be quality. 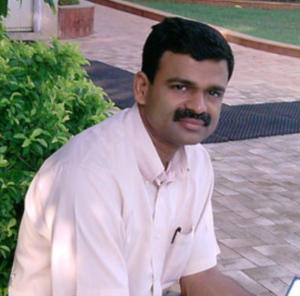 George Mathew is an itinerary Evangelist and a Preacher. He resides with his Family at URAN, New Mumbai.